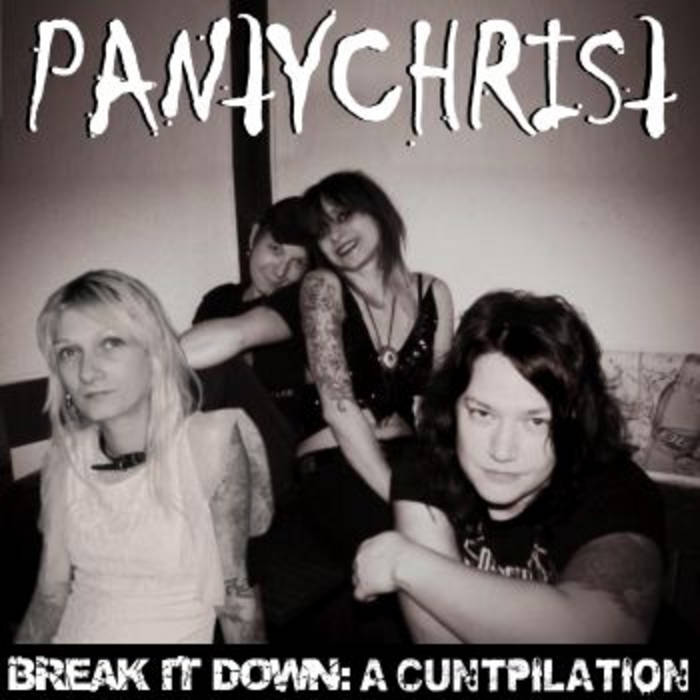 Break It Down is a 13 song compilation featuring material from Pantychrist's hard to find earlier releases and some brand new tracks. With all previous releases sold out or out of print, the band reached into the vaults and put together a cuntpilation featuring tracks from ShEPeed (2004), Demolition Dirty (2005), Never Love Anything (2005), Pantychrist (2007), plus rare and exclusive material from 2010 and 2011. Deciding what to include was a daunting task, but through the course of its 13 tracks, Break It Down reveals Pantychrist to be anything but a one dimensional shock rock gimmick. A mix of speedy punk blasts topped with metallic overtones and insanely catchy vocal melodies are served up with a heaping dose of attitude. All songs were hand picked by Danyell and Break It Down is the perfect introduction for those who are just discovering Pantychrist and the wealth of rare material also makes it an essential listen for the longtime fan.

Female hardcore punk band from Hamilton, Canada. A full throttle blast of estrogen fueled aggression: angry, intense and unrelenting. Formed in 2003 after a chance encounter in a womens washroom, Pantychrist is:

Bandcamp Daily  your guide to the world of Bandcamp

Featuring interviews with the mighty Haitus Kaiyote and genre-busting L'Rain.